Did you know that Kenya is named after Mt. Kenya (2nd highest peak in Africa) to mean “God’s Resting Place”?

Also, did you know that Prince William proposed to Kate Middleton in Kenya?

In October 2010, the two lovebirds were at Lewa Wildlife Conservancy in the foothills of Mt. Kenya when they came home engaged.

Incredible things have happened in Kenya and more are yet to come. Some, like the greatest migrations of wildebeests, are still going on to-date!

Below are some of the reasons why we seriously think this beautiful country should be your next holiday destination.

11 Reasons Why You May Want To Visit Kenya ASAP

1. The Cradle of Mankind

In 1984, we humans made a great stride in knowing where we came from by discovering the famous “Turkana Boy”. This is the name given to fossil KNM-WT 15000. Also called Nariokotome Boy, Turkana Boy lived between 1.5 and 1.6 million years ago. The specimen is arguably the most complete early human skeleton in the whole world.

Well, do you know where the skeleton was discovered? Right here in Kenya. That’s not all; there is a site known as Kobi Fora that has helped paleontologists and archeologists, to say the least. Relics that are over 3 million years old have been discovered in this region!

2. Natural Wonder of the World 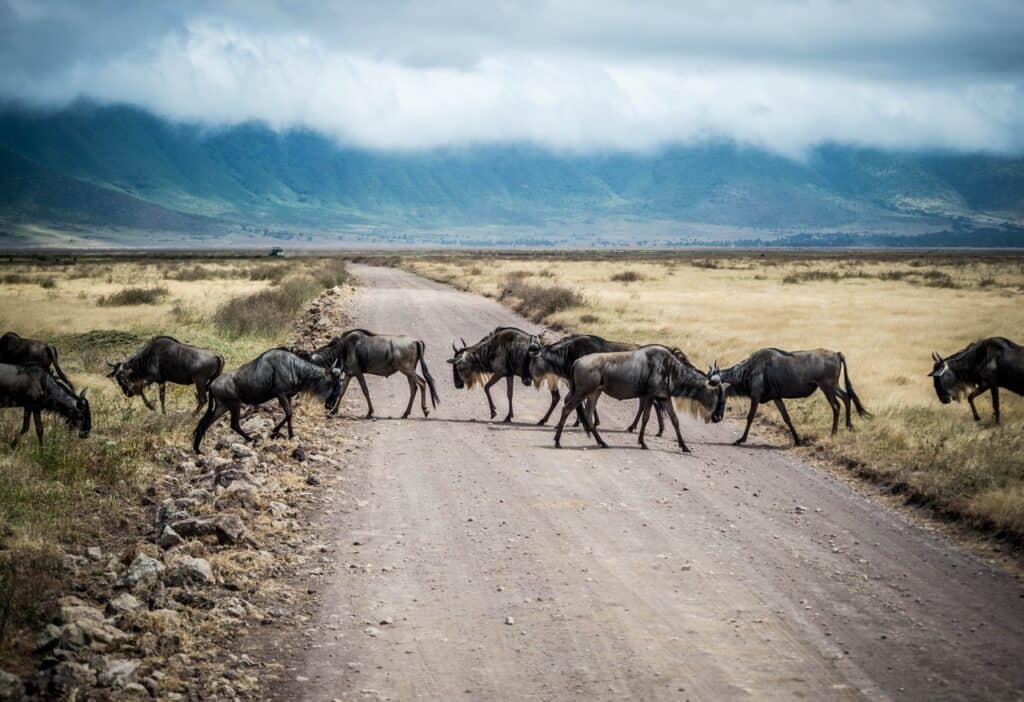 Around July to October, the world is always presented with a sight to behold – the greatest annual migration. This is the period when hundreds of thousands of wildebeests cross the Mara River in search of greener pastures. It is a phenomenon like no other as it attracts ferocious crocs trying to make dinner out of the wildebeests.

You will see panic, bravery, and determination all at once. You will witness motherly love at its best as calves are encouraged and helped by their mothers to cross to the other side of the river. Saying that the phenomenon leaves tourists with goose bumps is an understatement.

3. The Queen’s Favorite Hotel is Here

Treetops Hotel was founded in 1932; hence, it is safe to say that it is the oldest safari lodge in Kenya. It has 32 rooms, which is not very interesting. But one thing that will make you want to come here is that Queen Elizabeth II ascended to the throne while in this place.

Her father, King George VI, has just passed on and she was the heir to the throne. Jim Corbett, a big-game hunter, wrote in the Treetops logbook; “a young girl climbed into the tree as a princess and came down as a queen”. Who knows? An enormous amount of luck might come your way by simply visiting this legendary hotel. 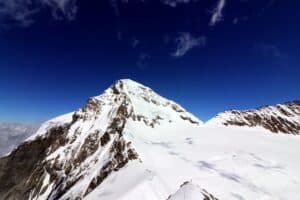 Towering at over 17,000 feet, Mt. Kenya is Africa’s second highest peak (after Mt. Kilimanjaro of Tanzania). Formed through volcanic activity (although the last eruption occurred roughly 2 million years ago), this mountain is so majestic the communities around believe it is God’s throne here on earth.

They pray and make sacrifices facing the mountain. Ideally, sunrise and sunset on this mountain are on another level. Well, fellow mountain climbers, are you thinking what I’m thinking?

Most people only know of Kenya coffee and tea. Dig deeper and you will realize there is more. First, there is Kenya beer, which is gaining popularity at an incredible speed. To explain more on this, Kenyan breweries have plans of exporting beer to more countries, including the U.S. 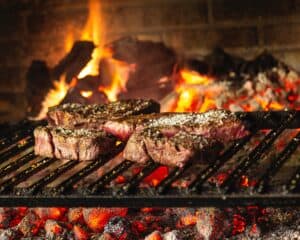 As far as food is concerned, we bet you will instantly fall in love with nyama choma and ugali. Nyama choma is simply grilled meat while ugali is maize flour cooked thoroughly with hot, boiling water. Combine this cuisine with beer and boy! Will you be in seventh heaven?

There is also chapati, which originated from India and is now a staple not just in India but also in East Africa, Nepal, the Caribbean, Bangladesh, Sri Lanka, and Pakistan. And, if you are craving International cuisines, Lebanese, Indian, American, French, Chinese, Mexican, Korean, Japanese and Thai dishes are waiting for you.

Behind every great food are wonderful people. Kenya is famous for its diverse culture and heritage. What’s amazing in this country is that, despite the existence of many different tribes, people here have learned to live in peace, love, and unity. 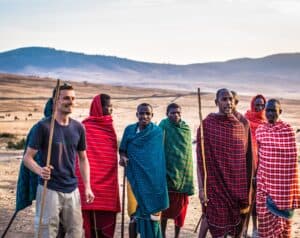 In the country’s national anthem, there is a phrase that goes “natukae na undugu…” meaning you should be your brother’s keeper. There are over 40 tribes in Kenya, including the Maasai, Kikuyu, Luo, Kamba, Luhya, Kalenjin, and Mijikenda, to name but a few.

People are friendly, hospitable, and kind. Some of the words you will hear them say are “hakuna matata” to mean everything is fine. In case you want to ask for directions simply approach one of the locals and utter the word jambo! (it is a form of greeting); you will be assisted in no time.

The elephant is the largest land animal, while the lion is the king of the jungle. You can watch them both in one place here in Kenya. The country is the natural home to leopards, rhinos, buffalos, and the aforementioned lions and elephants. 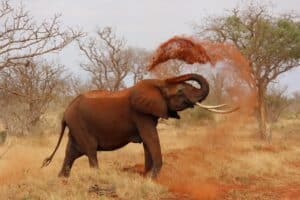 Also, there are other beautiful animals such as hippos, cheetahs, and wild dogs, among others. A visit to a national park or game reserve will present you with a golden opportunity to watch these animals in person.

8. Bird-watching in Kenya is on an Epic Scale

The lakes of the Great Rift Valley will provide you with an amazing scene of diverse and beautiful species of birds. Lake Nakuru, for instance, is home to millions of flamingos. You see; the lake has what flamingos want – special algae. That’s why they flock here. 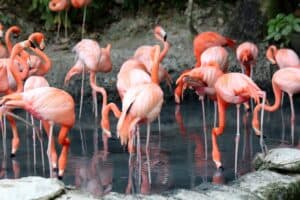 Flamingos eat these algae on a scale never seen before. And it is the algae that give them the pink plumage. Lake Bogoria is another stunning place where more than 370 species of birds have been recorded.

If you are an avid birdwatcher, you will not miss the chance to spot a long-crested eagle, pink-backed pelicans, Goliath herons, and African fish eagles, among others. 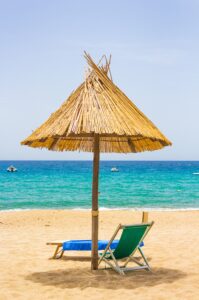 The Indian Ocean boasts turquoise blue waters that are warm. So, if you want to relax and unwind after a busy week of watching wild animals and birds, this is the place to be. The waters are pristine and the Swahili vibe is just awesome.

The tropical climate also makes spending some time at the beach worthwhile. There is plenty of sunshine and the mornings and nights are pretty cool. Ideally, seasonal changes in temperatures are not extreme, and that’s because the country lies on the equator.

10. Old Towns in Kenya are beyond Amazing

Gedi Ruins is one of East Africa’s oldest towns. History tells us that the town was established in the 12th century and hit its peak in the 15th century. Although it is now in ruins, the wealth of this ancient town as well as the lifestyle of its residents is well documented.

There are mosques, houses, and a fantastic palace. All these show that the people here were religious, organized, and, probably, enjoyed life to the fullest. The town of Gedi was first visited as an archaeological site in 1884 when Sir John Kirk, a British resident of Zanzibar came to the place.

Other nice and pretty old towns you will be happy to visit are Mombasa, Lamu, and Malindi. Malindi boasts the Vasco da Gama Pillar – a structure erected in 1498 by Vasco da Gama, one of the greatest Portuguese explorers.

11. Low Cost of Living makes Kenya a Perfect Tourist Destination for Someone on Budget

The cost of living in Kenya is lower than in the U.S and Europe. Kenya shilling fluctuates, but this should not be a concern as it always gives a much better value. At the time of writing this, 1 US Dollar is equivalent to around 105 Kenya Shillings. So, the cost of living is generally low on this other side of the world.

What’s more, credit cards (such as Master Card and Visa) are widely accepted in almost all restaurants, hotels, and shopping malls. There are also ATMs to help you withdraw some cash.

What is the Best Time to Visit Kenya?

As mentioned earlier, Kenya lies on the equator, and therefore, temperature changes are not extreme. For this reason, it is a year-round holiday destination. However, if you are a busy person, like everyone else on the planet, you may consider visiting the country between mid-June and October.

The Great Annual Migration on the plains of Masai Mara starts in July and goes all the way to October. Also, this is the period when the dry season is experienced. Animals, therefore, tend to find themselves gathered around the water holes, where they are much easier to spot and watch.

If you liked the article, please share it. Thanks!

Related Posts
Platforms Vs. Flatforms - Are They Different?
10 Simple Bedtime Practices You Should Make A Habit
If You Think Drinking Hot Water Is Healthy, Check This Out
8 Budget-Friendly Home Office Setup Ideas
How to Drink Apple Cider Vinegar for Weight Loss in 1 Week
Scroll Up